THE NEXT STEP – INNOVATION IN GENETIC IMPROVEMENT – SEQUENCING THE PIC GENOME 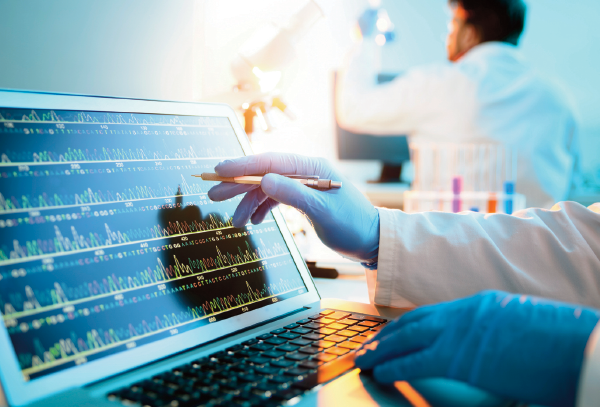 In 2013, PIC was the first pig genetics company to utilize tens of thousands of genotypes to increase annual genetic improvement across all lines and traits. This new way of selection, Relationship Based Genomic Selection, utilised their repository of millions of pedigrees and traits along with the new genotypes to improve all lines and all traits faster than ever before. Now almost four years into this process there is clear evidence of historically unprecedented genetic trends at commercial pig level.

This genomics program works with the vast database of unique traits. In addition

to unique traits such as individual piglet birth weight, they will collect growth, robustness, primal yield, and meat quality traits on over 250,000 commercially pedigreed pigs composed of full-program PIC maternal and terminal genetics per year.Through this program every elite sire that impacts the global PIC genetic improvement program will be tested.

PIC believe these programs are creating a sustainable pipeline of elite genetics for their customers and continue to re-invest in the next wave of technologies that will allow customers to expand their competitive advantage.

The genome of the domestic pig has around 2.5 billion nucleotides, similar in size to humans.Today, PIC captures a small portion of the sequence (around 80,000 locations) in their genetic improvement program. Every young boar and its dam produced in PIC elite genetic farms are genotyped with this platform. However, if full sequence information were available it could increase genetic improvement at even a faster rate.

In November 2015, PIC embarked on a collaboration with the Roslin Institute to fully sequence the genome of over 14,000 PIC animals.These animals represent all terminal and maternal lines in the PIC gene bank with corresponding economically important performance data, which drive today’s genetic improvement program.

There are numerous exciting possibilities with this project. At a minimum they will be able to further enhance benefits in accuracy of Relationship Based Genomic Selection by having all genome sequence information possible from any one animal. Other possibilities include the identification of resistance genes for diseases that challenge our industry.The findings will also be used to further understand new areas of epigenetics as well as maximizing the combining ability of specific genotypes for PIC commercial products. By re-investing in the future of genetic improvement in this multi-million dollar project, will deliver the fastest genetic improvement to customers in the history of PIC. 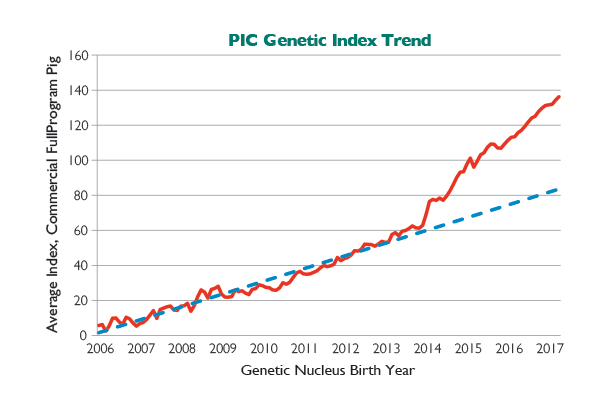